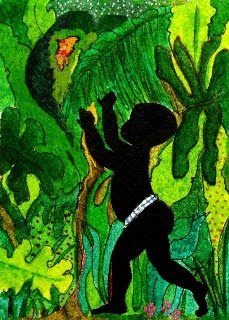 Man started standing up straight because the woman put away the beer on the top cupboard! Seriously, it is a shame we are destroying our rain forests. While there are more trees now that fifty years ago, the trees are immature. The rainforests are also homes to animals that get displaced when the trees are felled. Governments need to balance econmy and progress with preservation.