“Perhaps it was history that ordained that it be here, at the Cape of Good Hope that we should lay the foundation stone of our new nation. For it was here at this Cape, over three centuries ago, that there began the fateful convergence of the peoples of Africa, Europe and Asia on these shores.”  ~ Nelson Mandela, Inauguration Speech, May 9 1994 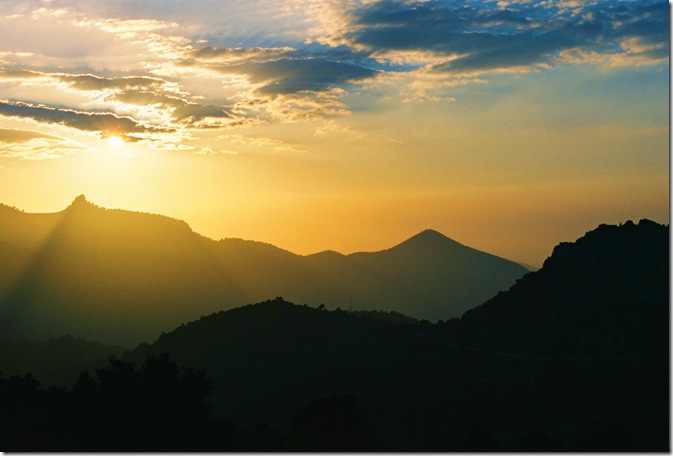 At the very tip of Africa the Western Cape lies bordered by two oceans - the warm, balmy Indian Ocean to the east and the ferocious and frigid Atlantic to the west. The constant reassuring presence of the immense peaks which form the backdrop to a land so lovely that the emerald lakes and indigenous forests of the Wilderness area, the sun-drenched vineyards of the Cape Winelands, the magnificent passes to reach the interior and the sweeping, golden acres of the Boland, seem part of fantasy landscape that often defies description.

So rather than rhapsodise further, I shall let some of the photographs from my recent journey home do the talking.... 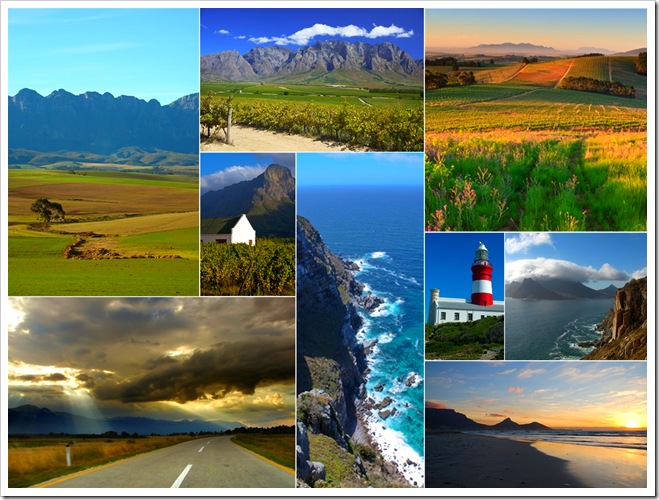 You make me long to see Africa.
So badly.

I noticed on your sidebar that you have read Cutting for Stone. I just recently finished it. So amazing. I immediately placed it into my husband's hands with the directive... "read this!".

What wonderful pics you took, though with such beauty in abundance it's hardly surprising. You know how I feel now having seen this post and the festivities pre kick-off on TV. My hart verlang mos, ne.

Stunningly beautiful!
Just what I was talking about this morning.
An amazing collage

Your pictures are so beautiful, hey make me home-sick for where I am.

What a glorious collage of colour...

I am blown away by the beauty.

i do not know one other woman anywhere who is as talented as you are.

these photos are amazing. i wish i had a better word to describe them. you have a gift tessa: what you see becomes beautiful.

a world of beauty and loveliness - it makes sense that you started there x yourpics are awesome! xx

Wonderful, Tessa :) make me smile this glad morning. Thanks so much.
Hugs

You must miss home so much! These scenes are inspirational- no wonder your painting centers on African themes. A richy abundant sky opens from each mountain top. What an awakening!

To bask in the beauty of Africa, even if it is here on my screen, puts a smile on my face...and a longing in my heart. I think of you often, dear Tessa.

I guess that I am thinking of roads, but that photograph in the bottom left-hand corner seems to be the most perfect visual metaphor for life. Golden light and gathering storms, unavoidably mingled together.

I agree with Pamela: you make me long to see Africa.

Wow, the colours are spectacular.

You'll always have Africa with you, no matter where you go, how long you stay. I had to catch up with your posts, not sure why and how I missed seeing them. Good to see you sharing and creating, dear Tessa.

Sometimes, the greatest gift of all is the sharing of what burns in our hearts.

p.s. I am so enjoying the book you sent me; lots to learn; lots more to ponder over.

It's good to be reminded that SA is more than just the World Cup right now.

Hi! I have been searching the web as I am interested in using some of my art for charity and came across your blog! I really Love it!

And also, I could associate with some of you pictures/ stories as I am married to a South African...

I really love your photos and you paint a great picture of SA! I think the country needs it!! Especially since lately the press/media tends to focus mainly on the bad things happening there! It is good to see and hear all about the beauty of your country!

PS. I copied and pasted the image of the dove onto my blog:

will be checking your blog often! :)

And more thanks, thanks and thanks again, dearest friends, for your taking time to read and comment. Each and every voice holds such resonance for me.

OMG, these are outstanding!