The momentum is growing.  Kelly of Ripple is doing the most incredible work in her bid to help the mammals and sea creatures who are victims of the Deep Water Horizon Gulf Oil Spill.  Artists from all over the world are contributing original works to raise funds to benefit charities working hard to alleviate the suffering caused by this horrendous disaster.  Please visit her blog to see for yourselves.  It's a true affirmation of what we are able to do by reaching out around the globe. 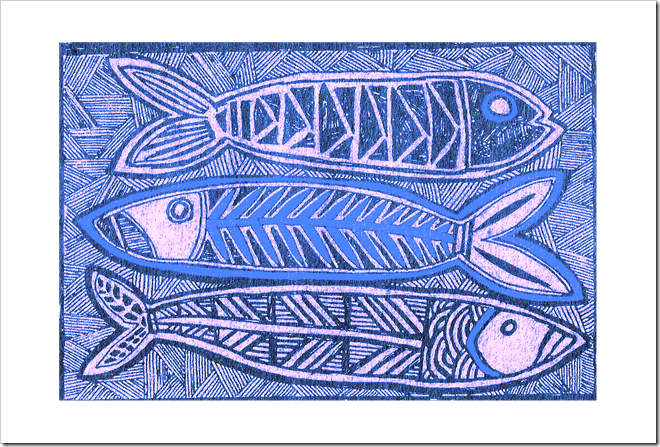 Who hath desired the Sea? -- the sight of salt wind-hounded --
The heave and the halt and the hurl and the crash of the comber win hounded?
The sleek-barrelled swell before storm, grey, foamless, enormous, and growing --
Stark calm on the lap of the Line or the crazy-eyed hurricane blowing --
His Sea in no showing the same his Sea and the same 'neath each showing:
His Sea as she slackens or thrills?

Who hath desired the Sea? -- the immense and contemptuous surges?
The shudder, the stumble, the swerve, as the star-stabbing bow-sprit emerges?
The orderly clouds of the Trades, the ridged, roaring sapphire there under --
Unheralded cliff-haunting flaws and the headsail's low-volleying thunder --
His Sea in no wonder the same his Sea and the same through each wonder:
His Sea as she rages or stills?

Who hath desired the Sea? Her menaces swift as her mercies?
The in-rolling walls of the fog and the silver-winged breeze that disperses?
The unstable mined berg going South and the calvings and groans that de clare it --
White water half-guessed overside and the moon breaking timely to bare it --
His Sea as his fathers have dared -- his Sea as his children shall dare it:
His Sea as she serves him or kills? 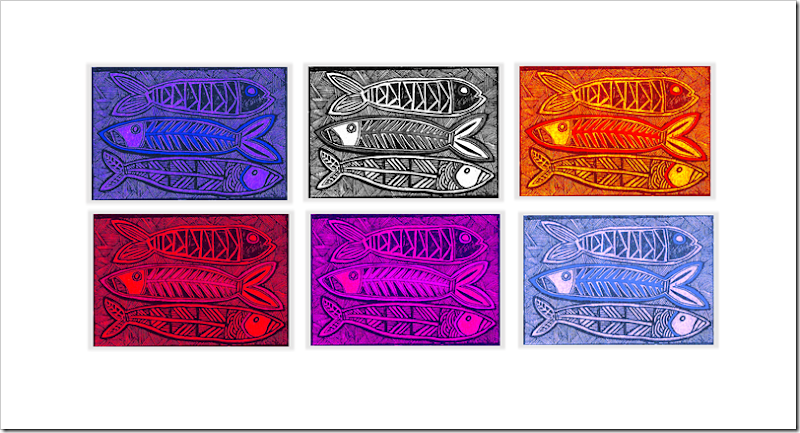 Hello! I found your blog a couple of days ago. It grasped my attention with the variety of colours, photos, themes,wonderful pieces of art and the invitation to discover interesting new worlds.
I like the fish very much!

Wonderful!
Because I myself have desired the sea!

beautiful :) and I love linocut illustrations!

Because the sea nourishes us in every way...
Lovely post, Tessa.

p.s. I am so enjoying Mukiwa, thanks to your generosity. It is a perspective we have not considered, as most of us have very sketchy visions of other worlds.

Such stunning fish.
I am quite heart-sick over the damn oil spill.
I do hope people wak up and try to use less petrol.

On a happier note, I'm LOVING the very thoughful and rich Margaret Drabble book about the landscape.
Many thanks.

OOOOOH Honey, Sweetheart, babygirl!!!! Omg how wonderful to HEAR FROM YOU!!! Okay now I can really do the happy dance now. Tessa came by YIPPPPPPPPPYYYYYYY ! Mean it! Oh boy this really makes my day today. Thanks so much for stopping by. I know what you mean about life. It's happening to many of us. I hope that you are well. I am well. Enough about me. I love these wonderful print of fish. I love them. They are magnificent. I have always, ALWAYS loved your fantastic work. Is it Linocut??? It's most beautiful indeed. I really dig all the wonderful colors too. Great work. Hey let's keep in touch please. I miss you something awful. Very big hugs to you my friend.
Stay well,
V

LOVE Ripple, and have already donated all the grocery money.

Wow! This is awesome! Love the colors!

I love your use of bright colors and contrast... very nicely done.

it's all so great, isn't it tessa?-- a way to help in the community we all inhabit.

your fish remind me of andrea pratt's work. do you know of her?

love to you, tessa
kj

really love your lino cut fish, what a fabulous range of colour too.

Hi Tessa. been catching up on your posts. Thanks for the info about Ripple, will certainly visit the blog. the oil spill is so depressing, can hardly bear to think about it most times! The older post of you sitting on the beach, painting, was very moving, and your lovely photos of the Cape, too! African greetings to you this weekend x

What a beautiful woodcut. I wish the people who are now working so hard to bring healing to this hideous situation could be put in charge of making decisions about how to proceed. The people with the power seem so completely NOT up to the task in any way. Where are their hearts?

Tessa THANK YOU so much for your beautiful note this morning. I, too, feel like I know you well. This is a virtual friendship/sistership, but it is REAL. It is. Thank you.

My God, I never knew Kipling could write like that. Fabulous, unsettling.

Lovely lino...and Kipling has a gem for every occasion!

Oh my. I don't often find artwork I love immediately but these are wonderful. I'll be back!

Great picture and the poem is a very timely reminder of what the sea is to us.

this is truly amazing work! i love love love the color variations.

gorgeous fish!! i love them - no end to your talents heh? xx

This is just such an amazing drive - and you have to marvel at the power of global connectivity! Brilliant stuff!

love the lino cut - love what ripple is doing - will be donating tonight.

Thank you for mentioning Ripple, Tessa. Those lino cuts are beautiful, I can't wait to see the rest of the art.

The sea is our Mother, and it's killing us to see it die like this.

I've been through a pretty rough patch lately, so I apologise for having been so absent and neglecting.
I just need to pick myself up and tread on. I think the first step is admitting your mistakes, focusing on strong resolve and then seeking the smiles of friends.

Thank you, each and every one of you, for taking time to comment. I treasure your interest, particularly as I have been such a rotten blogfriend and only tiptoe into your beautiful, inspiring, funny and unique blog pages without leaving word that I've been there. Perhaps, though, you can feel my spirit?

These are so wonderfully great! I love the sea, could swim in the sea for hours.....

do you have any more of these linocuts available? I'd love to buy some - they are wonderful - and would do it either thru the Ripple site or whatever you recommend.

Hope all is well, Mim